Debuting on the iPhone 4S, the voice-operated Siri can answer your questions, respond to voice commands, schedule meetings, take notes, place phone calls and even read you text messages.  Siri is incredibly convenient, and with a little imagination, you’ll find yourself using your iPhone in ways you never have before.

Giving commands to Siri is easy because you talk as you normally would.  Simply activate Siri and say something like, “Tell my wife I’ll be leaving the office in fifteen minutes” or “Remind me to put out the garbage cans every Tuesday.”  Siri will follow your command by sending out a text or creating a reminder for you in your schedule every Tuesday.

Siri not only understands what you say, but is also smart enough to know what you mean.  If you ask Siri, “Are there any good hamburger joints around here?” Siri will reply with a listing of them.  If you then ask, “What about tacos?” Siri remembers you have already asked about restaurants and will suggest a list of Mexican restaurants in the area.

In addition to using almost all the built-in apps on iPhone 4S, Siri can search the internet for any information you would like to know.  If you asked, “Who won best picture in 2005?”, Siri would search for the information and return the answer (Million Dollar Baby).  Siri can also play the songs you’d like to hear, give you directions, display the weather forecast and even calculate the tip on your restaurant bill.

How hot will it be in San Diego this weekend?

How did the stock market do today?

What meetings do I have today?

Where is the nearest Starbucks?

How many days till Christmas?

How many calories are there in a pizza?

How many pesos in one dollar?

What is the scientific name for a mountain lion?

When is my wife’s birthday?

Create an appointment with John Doe at 7 pm

When I leave here, remind me to get gas

Text my wife that I’m on the way home

Call Terrance Smith on his iPhone

Show me the constellation of Ursa Major

When I get home remind me to feed the dog

Remind me to buy milk every 4 days

While Siri is a virtual concierge service that can truly simplify your life, some users have concerns about what Siri might do with the information given to it.  Siri sends everything you say to a large data center in Maiden, North Carolina and no one outside of Apple is exactly sure what happens to the data after they have received it, how long its kept or who has access to the information.  So think carefully about the data you are making public when you talk with Siri.  That’s a lot of personal information you’re sending directly to Apple. 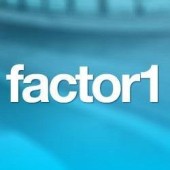